Album Publisher is my first iOS app. I am trying to make the task of sharing photo albums with friends and family easier by allowing you to build a single album on your iOS device (iPhone, iPad or iPod Touch) and publish it to photo sharing sites with one touch of a button.
Album Publisher currently supports Facebook and Picasa but this is only a start, more will come.

When you launch the App you can press the new button to create a new album. You will be able to select between either Create a new Album or Import an album from the photos app. 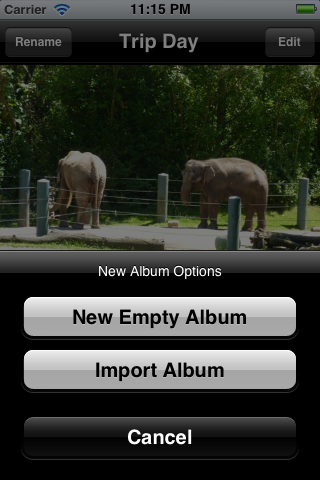 If you selected new Album you will be asked to provide a name. 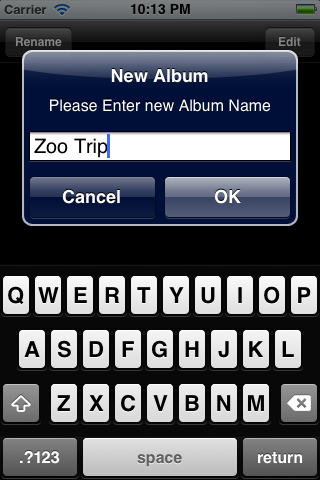 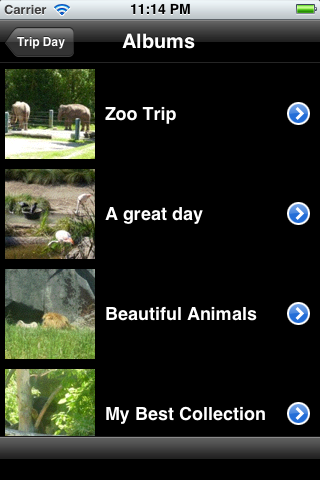 Once you create the album you could either take new photos with the device Camera or select photos from your photo library. Once you add a photo you can add a description text and this text will be published with the photo. 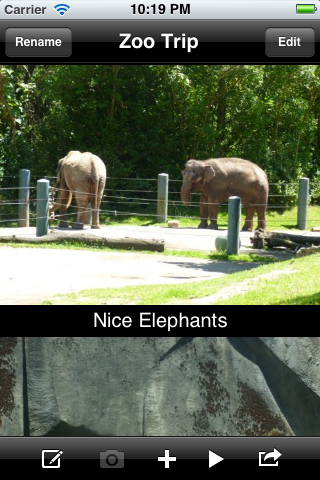 Once you are ready, push the publish button to go the a screen that will allow you to configure the album sharing services you are interested in and select which of them to use to share the current album. Once you are ready you can click share and this album will be published. In the example below I published my Zoo Trip album to both Picasa and Facebook. Regarding privacy the album will be accessible only to your Friends on Facebook and on Picasa the album will not be visible to anyone until you shared it with people via Picasa web interface. 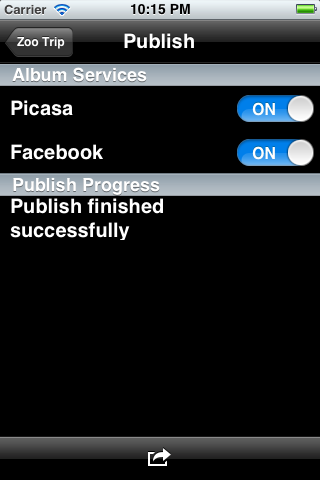 Once publish done, you could easily go back and either add more photos and when ready publish again.

Please note that Facebook does not give a way to applications to changing album name or photos caption once the album is published so any changes to album name or caption of previously published photos will only be reflected in Picasa.

When you are done with an album and create a new album the old album will automatically created in your photo App so you don't lose the effort you put in preparing the album.

I am looking forward to your comments and suggestions and I hope that this app makes it easy for you to share more fun moments with your friends and family.
Posted by Abdelhamid at 9:27 AM 2 comments: